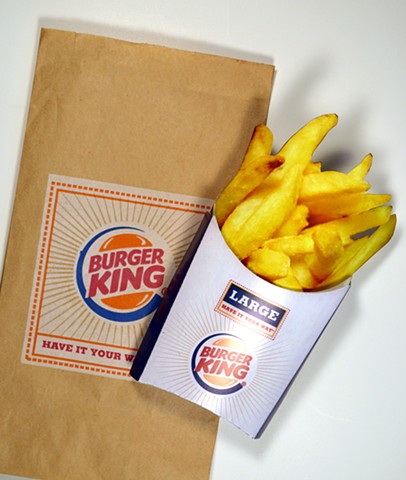 There was an older lady sitting at the table opposite mine at the Burger King in Central City. Immediately she started chatting away. She had diabetes and needed a sugar boost, she told me. I didn’t have the heart to tell her my excuse to be there was to buy a Rugrats watch for myself.

The conversation went on to relatives suffering from diabetes as well, and from there on to all the family members she had lost in the last five years. Sisters, husband, son. It turned out her husband had died two years ago to the day and she needed to talk.

I joined her at her table, for I wanted to listen; she looked so vulnerable, dressed in a pink blouse, her smile shy, but at the same time inviting. At one point during the conversation when I touched her hand she was shocked to find mine so cold and for the next ten minutes she sat there rubbing them warm while talking.

The most extraordinary part was when she told me she had difficulty making phone calls. I asked her what she meant, thinking she had a hearing problem or maybe suffered from some kind of phobia. She answered: “Sometimes when I dial a number of a friend, I get a totally different person on the phone; it will be somebody I know, but whose phone number I don’t have. But it always turns out to be somebody who needs the contact and I can help by simply talking or listening to this person. For instance, this woman whose husband had recently died; but I had lost touch with her years ago and didn’t even know where she lived. “ She gave me this shy smile again, looking almost embarrassed. But she continued. “It works the other way as well. The phone will ring and on answering the person will say: “But I didn’t dial your number, I was phoning someone else. “ Just before the phone would ring, however, I will have been thinking of this person or have an item in my hands that belonged to them. “

She looked at me inquiringly. I of course had no scientific explanation, but the funny thing was I believed her. She offered her own conclusion: “I think sometimes God crosses my wires. “ I could only agree with her, God sometimes has a tendency to do just that.

During our hour long conversation she displayed intelligence and broad general knowledge, as well as an enthusiasm for life. Her gentle character and deep religious beliefs were obvious and I wished I had met her before this day, my last in Nebraska.

She smiled, and said: “You have such sparkling eyes“, and made my day; she warmed more than just my hands…