In June 2009 we were in Normandy for the 65th anniversary of D-Day. While visiting the "recently" dug-out bunkers at Grandcamp Maisy, I was struck by the opposites of that day and the same day in 1944.

2009: beautiful weather, very quiet, wild flowers everywhere. 1944: the weather wasn't so good, it must have been deafening with all the shooting and bombing going on, and certainly the wild flowers would've been trampled by soldiers' boots. And if not, would the soldiers have noticed them?

I had similar thoughts when visiting an allied cemetery a couple of days later. Really quiet, flowers everywhere, immaculately groomed graves and head stones. You could think the soldiers finally had their peace and quiet, but at the same time it seemed so unreal and contradictory.

Hence "A Soldier of the Second World War". Photographs of the head stones are from the english cemetery in Ryes-Bazenville , flowers picked at Grandcamp Maisy, V-mail acquired from Ebay, images of negatives of soldiers' pictures are from original glass Kodak negatives from 1942-44 and actual accounts from soldiers are from the PBS website. 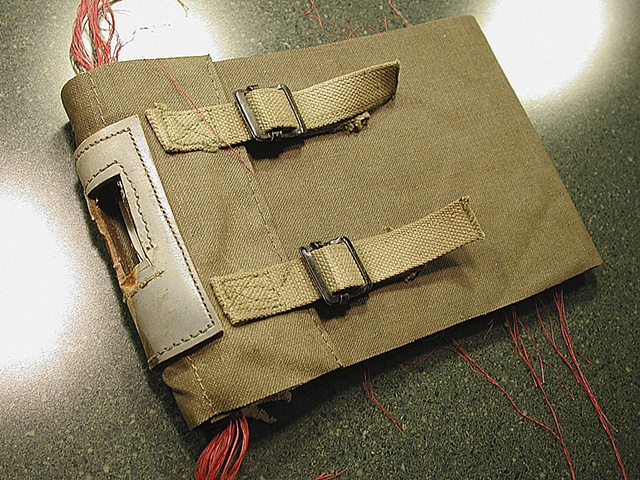 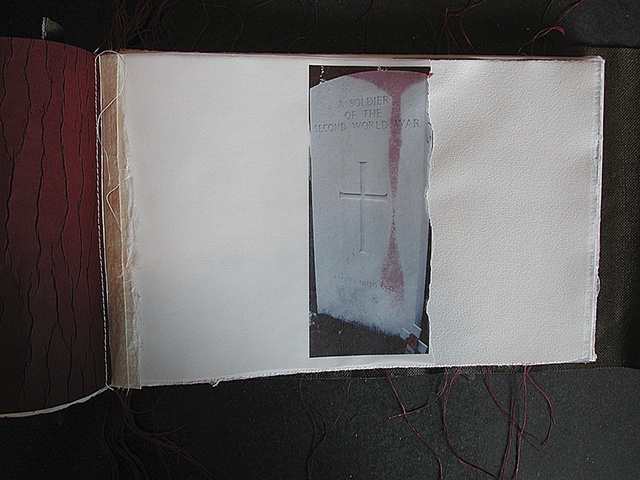 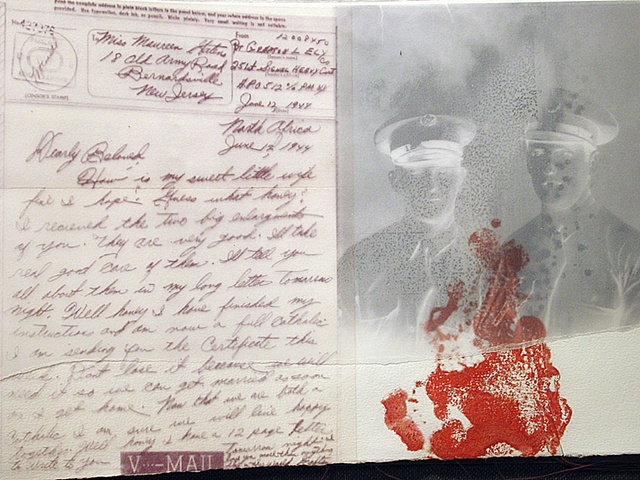 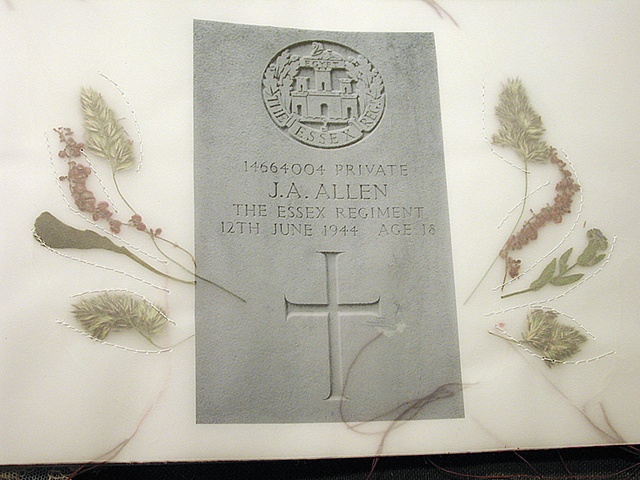 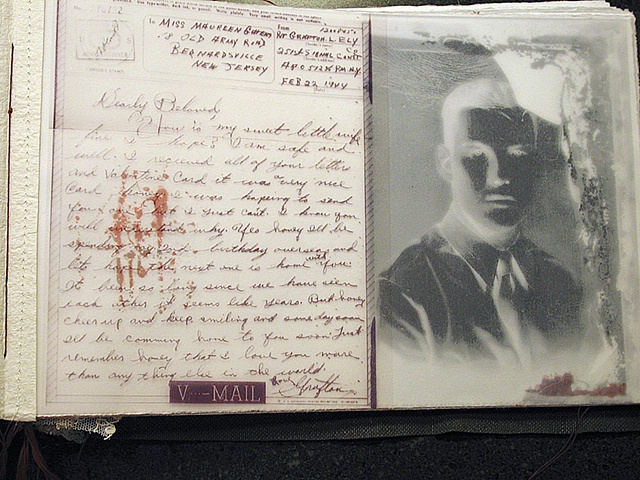 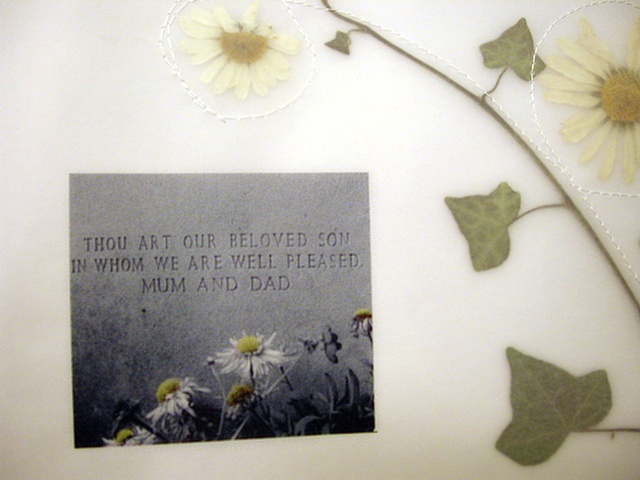 Thou art our beloved son 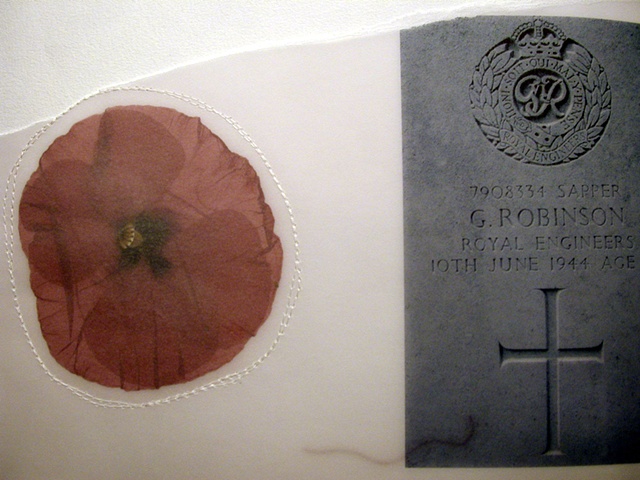 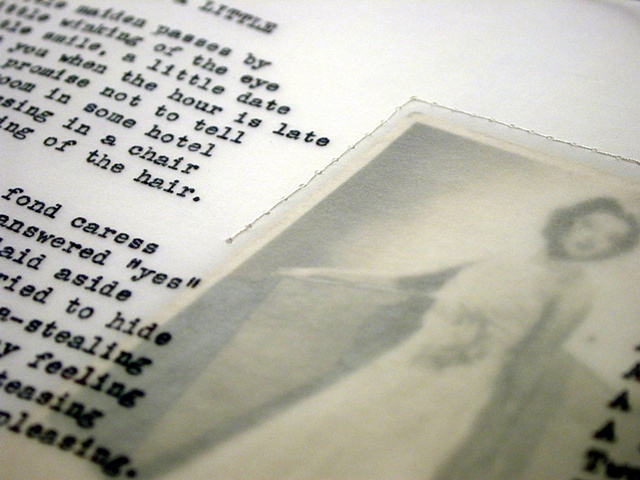 From Priscilla Juvelis' Catalogue: van Zanten, Merike. A Soldier of the Second World War. [Cambridge, MA and Acton, ME: Double Dutch Designs, 2016. $1,700 Artist's book on Hahnemuhle paper and transparency film and translucent film, signed by the artist on the colophon page which is laid in loose. Page size: 7 x 11 inches; 122pp. Bound by the artist: sewn signatures into part of green canvas vehicle cover with leather window on spine, two industrial buckles for fastening; inside of cover lined with khaki-colored silk bookcloth, housed in custom-made green cloth clamshell box. The artist's statement / colophon tells us that this book was inspired by a visit to Normandy on the 65th anniversary of D-Day. Later, while visiting an allied cemetery, seeing the beautiful flowers and immaculately groomed graves, she was struck by the dissonance between the location today and that of 1944. The dichotomy between the horror of war and the beauty of the cemeteries is realized in the images photographed by the artist, the dried flowers (picked at Grandcamp Maisy) sewn into the pages, the texts of soldiers accounts (from PBS website) and letters (purchased by the artist) as well as vintage photographs copied and collaged make this a moving memento of the sacrifices made in World War II. Pages are torn, hand-stitched, papers interspersed, images of flowers on translucent page followed by images printed from glass negatives of fallen soldiers, loose threads (often red), splotches of red on page visible on another providing poignant views of grave stones or soldiers or their loved ones. It is a "scrapbook" reminding the viewer of sacrifices made by one and all during this conflict. (11145)