2012 > An Inventory Of Al-Mutanabbi Street

Al-Mutanabbi Street, the historic center of Baghdad bookselling, holds bookstores and outdoor bookstalls, cafes, stationery shops, and even tea and tobacco shops. It has been the heart and soul of the Baghdad literary and intellectual community.

The coalition asked each Book Artist who joins the project to complete three books (or other paper material) in the course of a year, books that reflect both the strength and fragility of books, but also show the endurance of the ideas within them.

One complete set of 130 responses to this call will be donated to the Iraq National Library in Baghdad. The other two sets will be used in conjunction with shows of the broadsides as well as in shows of their own. 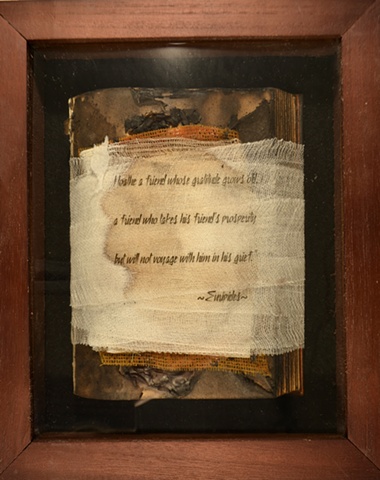 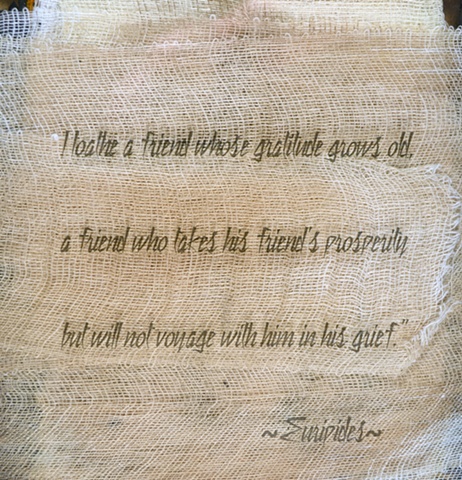 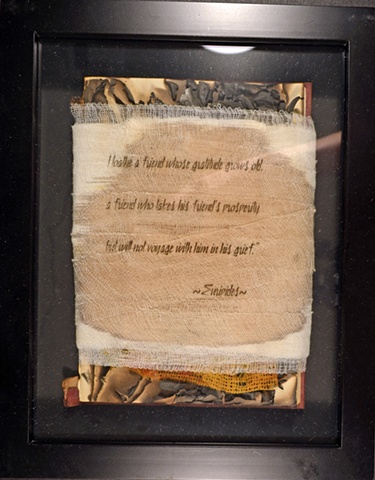 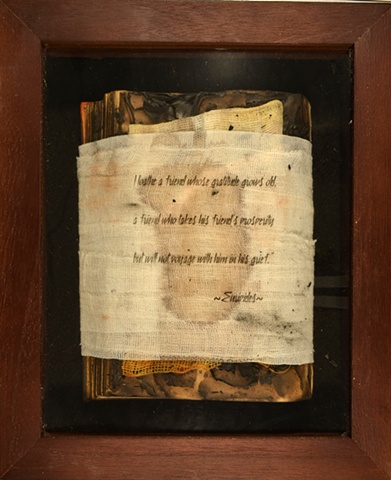 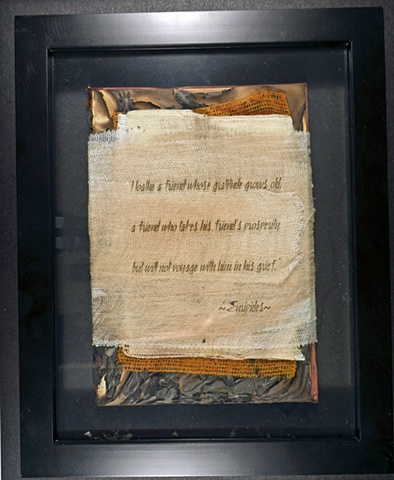